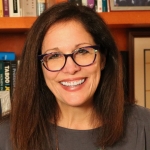 Jacqueline Edmondson is chancellor and chief academic officer for the Greater Allegheny campus. She is professor of education, and her academic home is in Curriculum and Instruction (language, culture and society), where she taught undergraduate and graduate courses in literacy and policy.