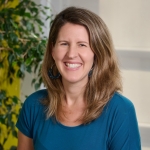 Rebecca was inspired to pursue a career in education by her experiences with community organizing in Latin America and the United States, where she witnessed the potential education has to advance economic and racial justice in poor communities. She is compelled by the question, what role does education play in facilitating social change, both within formal school systems and in informal contexts? She entered a doctoral program in Social and Cultural Studies in Education at the University of California, Berkeley, to examine how class, race, and gender hierarchies are reproduced through schools and how social movements use education to contest these inequalities.

Over the past decade, Rebecca has done extensive ethnographic research on the Brazilian Landless Workers Movement (Movimento dos Trabalhadores Rurais Sem Terra, or MST). The MST is famous globally for its success in forcing the government to redistribute land to over 300,000 poor rural families; the MST’s educational initiatives are less well-known. Over the past three decades, activists have drawn on diverse educational theories to develop pedagogical practices for schools that encourage youth to stay in the countryside while fostering activism, small farming, and collective forms of work. This approach is in direct contrast to the Brazilian government’s tendency towards implementing educational policies that emphasize individual meritocracy, managerial efficiency, and preparation for the urban job market. MST activists engage in contentious actions to support their educational ideas while also facilitating community discussions, organizing teacher training, and writing new curriculum together with state actors. Rebecca’s forthcoming book, Occupying Schools, Occupying Land: How the Landless Workers Movement Transformed Brazilian Education (Oxford University Press), explores the movement’s attempt to transform public education across the country. Based on 20 months of ethnographic data collection, Rebecca analyzes the micro-politics of grassroots educational reform: the strategies activists use to convince state actors to adopt their initiatives and the political and economic conditions that affect state-society interactions. The case of the MST’s educational struggle illustrates that schools can become important institutions supporting struggles for larger social transformations, but only when a highly organized movement with a clear vision for education can garner consent among a variety of state and civil society actors.

Rebecca’s current research project compares teachers' movements in Brazil, Mexico, and the United States, examining the conditions and strategies that enable teachers and their unions to transcend narrow economic interests and participate in broader struggles for social justice. This research focuses on teachers as political actors, and the role they are currently playing challenging the global shift to more conservative and reactionary policies.