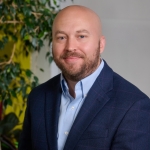 Greg Mason currently serves as the Director of the Advising and Certification Center for the College of Education at Penn State. He served as an academic advisor in the Center from August 2011 to October 2016.

Before that time, he served as an academic advisor at Hunter College (City University of New York) from December 2007 to July 2011. He is actively involved in the National Academic Advising Association (NACADA), and currently serves as the chair of the Advising Administration Interest Group. He also is a member of the advisory board for NACADA's Administrators Institute. His research interests revolve around the sociology of higher education, focusing on symbolic interactionism and the sociology of emotions within higher education occupations.